On 8 July, the European Union agreed on funding investments for 195 transport projects that will receive €6.7 billion of EU funding under the Connecting Europe Facility (CEF). For all EU Member States, this means boosting growth and generating up to 100,000 jobs by 2030 in the European Union. Cohesion Fund Member States received almost 85% of the funding, which will help bridge the infrastructure disparities across the European Union. All in all, the investment in the waterborne infrastructure and in ports nears €200 Million until 2020 which translates into an important step for the Danube. 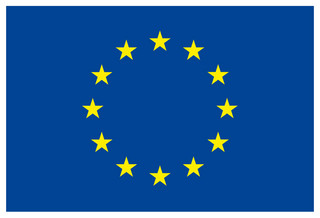 This decision of the European Union is not only a major financial contribution; it is also a strong impulse for inland navigation in Europe and in the Danube region. For viadonau, this means funding investments for physical and traffic infrastructure as well as for intelligent transport system, more specifically River Information Services (RIS).

Infrastructure development boost
viadonau has made it its mission to tackle infrastructure bottlenecks on the Danube and find the proper balance between navigation and the Danube's ecosystem. Knowledge on shallow sections of the Danube waterway to optimize fairway routing, rehabilitation measures, such activities among many others, are at the core of the improvement of the physical conditions of the fairway. Thus, the EU funding represent more financial means for projects of crucial importance such as the rehabilitation of the Gabčíkovo locks until 2020 and the development of the Galati multimodal platform, a project that will contribute to enhance the way waterway management is being run in Romania. The pre-feasibility study for the rehabilitation of the Gabčíkovo locks was in fact developed within the viadonau-coordinated FAIRway Danube project (2015-2020).

RIS
In Austria the development and implementation is a success story which started in 1999. Since then RIS services have been established in many European countries. These important digital information tools are constantly being improved and enhanced in order to constantly guarantee accurate and reliable data on the current state of the waterway inside and outside national borders. Since the launch of RIS in Austria, viadonau has led or intensively collaborated in a wide range of projects, the last in date being CoRISMa (2013-2015), the predecessor of RIS COMEX, the Austrian-coordinated, multinational initiative which will pave the way to the next generation of River Information Services.