Launch of the DAVID Creator: With the digitalisation of the DAVID forms within the DoRIS Portal, viadonau is celebrating an important milestone 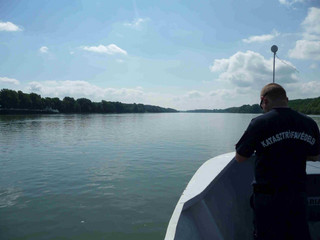 The DAVID forms were developed under the coordination of viadonau and with the involvement of the shipping sector and experts in the Working Group on “Administrative Processes” of the EU Danube Region Strategy under the priority areas 1a (inland waterways) and 11 (safety). The DAVID forms standardize the data fields of the three most commonly used border control forms (arrival and departure reports, crew lists and passenger lists) and shall replace respective national forms required during controls at and outside of Schengen external borders. The aim is to reduce administrative barriers for shipping companies in connection with border control processes.

So far, the DAVID forms have been officially introduced in Hungary, Croatia, Serbia, Bulgaria and Ukraine in 2020. Soon, the DAVID forms shall also be implemented in Romania and the Republic of Moldova for a transnational deployment of DAVID forms at and outside of all Schengen external borders along the Danube.

In addition to the introduction of DAVID forms in the Danube region, the digitalisation of the forms also plays an important role in order to diminish administrative barriers, making Danube shipping even more attractive for existing and potential new customers. In coordination with the Working Group on “Administrative Processes”, viadonau offers the DAVID Creator in the DoRIS portal to interested users free of charge.

The application enables the

Also, the navigation of the portal is available in all Danube languages to support the Danube-wide digitalisation of the DAVID forms.