From 8 to 12 June 2015, Budapest was the host city of the first RIS Week for 2015. Hosted by RSOE and co-organized by the RIS Week Support team of viadonau, this was the first of the series of 4 RIS Weeks to be organized in the framework of the EU contract for the provision of technical and administrative support to the RIS expert groups that viadonau won in November 2014. A high participation turnout showed the high interest for this important Meeting in the RIS Week. 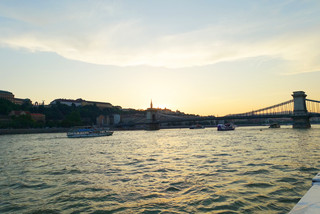 The RIS Week is a bi-annual event during which the various Expert Groups discuss RIS-relevant issues. An overview of the RIS Expert Groups and their field of activity can be found here:  http://www.ris.eu/expert_groups

Wednesdays are traditionally devoted to the Common Issues Meetings which are a central element of the RIS Week. Between expert group meetings, Wednesday 10 June was a busy day attended by over 80 delegates with a well-balanced agenda including keynote speeches, expert group reports, project and technical developments updates as well as discussions on RIS-enabled Corridor Management and a Q&A session on inputs and possible objectives for the revision of the RIS Directive 2005/44/EC.

The agenda focussed on the following:

The presentations of the Common Issues Meeting can be downloaded here in PDF format. The next RIS Week will be held in Lille (France) and hosted by Voies Navigables de France (VNF) between the 23rd and 27th of November 2015.