How can border controls be organised more efficiently?

A sincere thank you to all the 177 respondents who answered this question by filling out our questionnaire on border controls. 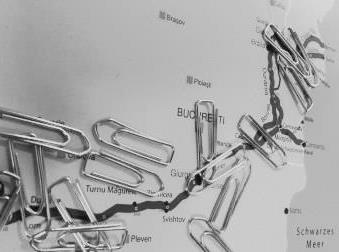 Control processes at 19 different border control points along the Danube have been evaluated. The vast majority of feedback forms referred to controls conducted by Romanian authorities, but the most meaningful feedback was received for Mohács, where the number of forms and the language variety was the highest.

The most pressing issue identified in the survey was the need to reduce waiting times as well as the duration of controls. A simplified and harmonized set of forms should be used throughout all the involved authorities and countries. On top of that, there should be a possibility to submit requested information electronically, prior to the control. But also a respectful interaction with the controlled skippers, crew and passengers was demanded.

Please refer to the full report for a more detailed analysis of the returned feedback forms: Results of the survey on border controls along the Danube and its navigable tributaries

The summary provides an overview and contains aggregated results: Summarized results of the survey on border controls along the Danube and its navigable tributaries