A further success in removing administrative barriers along the Danube: Bulgaria is the fourth country after Hungary, Croatia and Serbia to introduce the “Danube Navigation Standard Forms” (DAVID) on 4th August 2020. 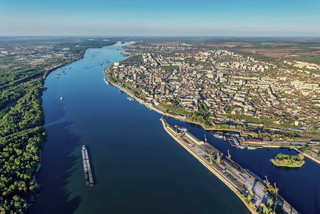 As of now, the 3 DAVID forms are also available in the Bulgarian RIS System (Single Window / BULRIS). Said forms replace the three most frequently used border control forms (Arrival and Departure reports, Crew lists and Passenger lists) and therefore contribute to the harmonization of border control processes in the Danube region. The DAVID forms are to be introduced in Romania, the Republic of Moldova and Ukraine by the end of 2021.

The DAVID forms were elaborated under the coordination of viadonau in the EU Danube Region Strategy Working Group under the Priority Areas PA1a (inland waterways) and PA11 (security) with the involvement of the shipping sector and experts.